2. A dilute ferrous sulphate solution was added gradually to the beaker containing acidified potassium permanganate solution. The light purple colour of the solution fades and finally disappears. Select the correct statement.
(a) Colour disappears due to dilution as no reaction is involved.
(b) KMnO4 is oxidising agent and oxidises FeSO4.
(c) KMnO4 decomposes in presence of FeSO4 as KMnO4 is less stable.
(d) FeSO4 acts as oxidising agent and oxidises KMnO4

11. The figure below shows the movement of water in a tree.

Based on the above figure, select the correct options:
(I) The loss of water in the form of vapour from the aerial parts of the plant is known as transpiration.
(II) Evaporation of water molecules from the cells of a leaf creates a suction which pulls water from the phloem cells of roots.
(III) Transpiration helps in the absorption and upward movement of water and minerals dissolved in it from roots to the leaves.
(IV) Transpiration is the major driving force in the movement of water in the xylem during night.
(a) Both (I) and (II)
(b) Both (II) and (III)
(c) Both (I) and (III)
(d) Both (III) and (IV)

12. Oxygen is transported by respiratory pigment as:
(a) It is more soluble in water than CO2
(b) Haemoglobin has high affinity for it.
(c) It easily diffuses to all body parts
(d) It is easily absorbed by our tissues..

13. Observe the diagram showing nutrition in Amoeba, where two parts have been labelled as (I) and (II), and select the correct option:

14. Which enzyme is secreted by the gastric glands?
(a) Amylase
(b) Pepsin
(c) Trypsin
(d) Lipase

15. Which of the following is not a requisite of any respiratory surface to become highly efficient are:
(a) Large surface area
(b) Thick walls
(c) Rich blood supply
(d) Fine and delicate surface area

16. A part of the human respiratory system has been shown separately in a box with two parts labelled as X and Y.

Identify the parts labelled X and Y from the table given below:

17. If a graph is plotted between sin r taken on X-axis and sin i taken on Y-axis, where i is the angle of incidence and r is the angle of refraction for a given pair of media, then:
(I) Graph will be a parabola
(II) Graph will be a straight line
(III) Slope of graph will give the refractive index of the second medium with respect to the first
(IV) Slope of graph will give the speed of light in the second medium.
(a) Both (I) and (III)
(b) Both (II) and (III)
(c) Both (I) and (IV)
(d) Both (II) and (IV)

18. Four students plotted the path of light through a rectangular glass slab.

The correct ray diagram has been plotted by:
(a) Student A
(b) Student B
(c) Student C
(d) Student D

19. A real image 1/5 th the size of the object is formed at a distance of 18 cm from a lens.
From the table select the row containing the correct identification of lens and focal length of the lens.

20. Examine the figure given below and select the correct option regarding magnification m produced by the concave mirror for the position of object AB as shown:

21. Harsh wants to see a magnified image while shaving in a mirror. What type of mirror should use:
(a) convex mirror
(b) concave mirror
(c) plane mirror
(d) combination of (a) and (b)

22. It the image formed by a spherical mirror for all positions of the object placed in front of it always erect and diminished what type of mirror is it:
(a) convex mirror
(b) plane mirror
(c) concave mirror
(d) could be concave and convex

24. What is the colour of sunlight scattered by the dust particles in the atmosphere:
(a) Blue
(b) Red
(c) White
(d) Violet

26. Study the table below which shows different colour produced by universal indicator in A, B, C and D

27. An experiment was performed to test the electrical conductivity of some substances as shown in figure below:

30. If a person is stung by a bee, it causes burning pain and irritation.
Application of which of the following on the stung area can give relief from the pain?
(a) Vinegar
(b) Orange juice
(c) Baking soda
(d) Tomato juice

31. Assertion (A): When hydrogen and chlorine are placed in sunlight, hydrogen chloride is formed
Reason (R): It is an example of combustion reaction.

33. Assertion (A): The light of violet colour deviates the most and the light of red colour the least, while passing through a prism.
Reason (R): The refractive index is highest for red light and lowest for the violet light.

34. Assertion (A): Focal length of a lens increases when its power decreases.
Reason (R): Power of a lens is inversely proproportional to focal length.

36. Study the table below and select the row that has the correct information:

37. The component of blood that helps in clotting of blood is:
(a) Blood plasma
(b) Red Blood Cells
(c) White blood cells
(d) Platelets

38. Observe the diagram of structure of nephron.

Match the labeling referred in column I and correlate with the function or structure in column II.

40. If the magnification of a lens has a negative value, then the image is:
(a) smaller than object
(b) same height as an object
(c) larger than object
(d) none of these

42. Which of the following event will not take place if the saliva lacks in salivary amylase?
(a) Break down of starch to simple sugar
(b) Breakdown of proteins
(c) Break down of fats
(d) Creating an acidic medium

45. For a convex mirror, parallel rays of light appear to:
(a) diverge
(b) converge
(c) remains parallel
(d) none of the above

46. A student tabulated the following information based on his studies of optical phenomena.

48. A compound Z is manufactured by the action of a gas X, which is a product of Chlor alkali process, on a substance Y in a plant as shown:

Z is used as an oxidising agent in many chemical industries and also used for disinfecting drinking water. Select the row containing the correct identification of X, Y and Z from the table below:

Q. 49-52 are based on Case Study–1.
Case 1: When an element composed of atoms that readily lose electrons (a metal) reacts with an element composed of atoms that readily gain electrons (a nonmetal), a transfer of electrons usually occurs, producing ions. The compound formed by this transfer is stabilized by the electrostatic attractions (ionic bonds) between the ions of opposite charge present in the compound.
For example, when each sodium atom in a sample of sodium metal (group 1) gives up one electron to form a sodium cation, Na+, and each chlorine atom in a sample of chlorine gas (group 17) accepts one electron to form a chloride anion, Cl−, the resulting compound, NaCl, is composed of sodium ions and chloride ions in the ratio of one Na+ ion for each Cl− ion.

Similarly, each calcium atom (group 2) can give up two electrons and transfer one to each of two chlorine atoms to form CaCl2, which is composed of Ca2+ and Cl− ions in the ratio of one Ca2+ ion to two Cl− ions. A compound that contains ions and is held together by ionic bonds is called an ionic compound. The periodic table can help us recognize many of the compounds that are ionic: Ionic compounds are solids that typically melt at high temperatures and boil at even higher temperatures. The melting and boiling points of some common compounds is given below.

Q. 53-56 are based on Case Study–2.
Case 2: Haemoglobin (Hb) is a protein found in the red blood cells that carries oxygen in your body and gives blood its red colour. Haemoglobin levels vary from person to person. Men usually have higher levels than women. A haemoglobin “cutoff” level is set for blood donation to ensure that your haemoglobin will not drop below normal after you have donated blood. Normal ranges for haemoglobin differ between ethnic populations, males and females, and are also affected by age, especially in women. The haemoglobin level is expressed as the amount of haemoglobin in grams (g) per deciliter (dL) of whole blood, a deciliter being 100 milliliters.

53. The graph depicts a patient’s haemoglobin levels over a 45 days period. Study the graph and answer the question below:

The condition the patient is suffering from caused due to a low level of haemoglobin is:
(a) Asthma
(b) Emphysema
(c) Respiratory alkalosis
(d) Anemia

54. The table below lists some parts of the human respiratory system. Select the row containing incorrect information.

55. The normal ranges for Haemoglobin are:

Which of the following helps our body to make haemoglobin?
(a) Iron
(b) Sodium
(c) Calcium
(d) Both (a) and (b)

56. Study the graph below that illustrates the difference between the content in blood of oxygen and carbon dioxide with change in partial pressure (partial pressure is the pressure of that constituent gas if it alone occupied the entire volume of the original mixture at the same temperature. Gases dissolve, diffuse, and react according to their partial pressures).
Now answer the question that follows:

Carbon dioxide is transported in our body:
(a) By haeomoglobin
(b) In dissolved form
(c) By ATP
(d) By alveoli

Q. 57-60 are based on Case Study–3.
Case 3: Dispersion of light occurs when white light is separated into its different constituent colors because of refraction and Snell’s law. From Snell’s law it can be seen that the angle of refraction of light in a prism depends on the refractive index of the prism material.

Since the refractive index varies with wavelength, the angle that the light is refracted by will also vary with wavelength, causing an angular separation of the colors known as angular dispersion.
For visible light, refraction indices n of most transparent materials (e.g., air, glasses) decrease with increasing wavelength :

Most often seen in recently made puddles on the sides of roads, the oil refracts light much the same way a rainbow does. Simply put, the thin layer of oil floating on top of the water refracts the light which then bounces back up off the water underneath, splitting the light rays creating a pool of rainbow colours.

58. The colour of light which has the minimum velocity in the glass prism is:
(a) Red
(b) Green
(c) Blue
(d) Violet

60. A student plotted the following graph to observe how the refractive index of the material of a prism varies with the wavelength of different components of light. 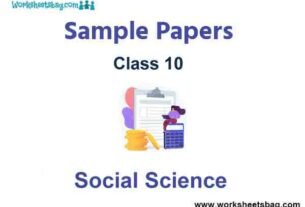 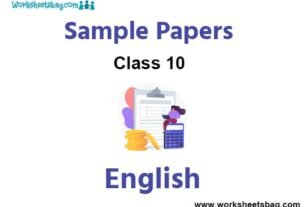