Please see solved MCQ Questions for Environmental Issues in Class 12 Biology. All questions and answers have been prepared by expert faculty of standard 12 based on the latest examination guidelines.

Question- Which of the following is not an environmental problem ?
(a) Wastage of water
(b) Conservation of water
(c) Deforestation
(d) Land erosion

Question- Green muffler is used against which type of pollution?
(a) air
(b) soil
(c) water
(d) Meter

Question- What are organisms that can tolerate high degre es of pollution called as?
(a) Indicator species
(b) Extreme species
(c) Stenohy ne species
(d) Osmoconfirmers

Question- In Effluent Treatment Plants (ETPs), at which stage microorganism treatment is provided?
(a) Primary
(b) Secondary
(c) Tertiary
(d) Microorganisms are not used in ETPs

Question- The process of nutrient enrichment of water is called as _________.
(a) Eutrophication
(b) Stratification
(c) Atrophication
(d) Biomagnification

Question- In India, the Air (Prevention and Control of Pollution) Act came into force in 1981 but was amended in 1987 to include
(a) thermal pollution
(b) radioactive pollution
(c) noise pollution
(d) ozone pollution

Question- There working, ‘Eco San’ toilets in any areas of-
(a) Kerala
(b) Bihar
(c) Assam
(d) Mumbai

Question- Which of the following is correct about “El Nino effect”?
(a) temperature rise leads to odd climatic changes
(b) cutting down the use of fossil fuels
(c) planting trees
(d) slowing down the growth of human population

Question- In a aquatic food chain polluted by DDT, the tissue concentration of DOT would be highest in
(a) Aquatic weed
(b) Herbivorous fish
(c) Carnivores fish
(d) Bird feeding on fish

Question- Which is a non-degradable pollutant?
(a) Smoke
(b) Polythene
(c) Copper scraps
(d) Iron scraps

Question- Pollution in big cities can be controlled to a large extent by –
A. Improving traffic condition and road. B. Road side plantation
C. Proper disposal of garbage and domestic as well as municipal wastes.
D. Cannot be controlled
(a) A, B
(b) A, B, C
(c) A, D
(d) A, B, C, D

Question- Which method is used for the removal of sulphur dioxide and ammonia from the polluted air?
(a) Wet scrubbers
(b) Absorption
(c) Gravitational method
(d) Electrostatic precipitator

Question-. DDTA.
is a non-degradable pollutant
B. shows biomagnification
C. is harmful to fishes and birds
D. is a pesticide
(a) Only D is correct
(b) Only B and G are correct
(c) None is correct
(d) All are correct

Question- Which of the following is a natural pollutant?
(a) Smog
(b) Volcanic gases
(c) Strong wind
(d) Gale

Question- Volcano is ___ source of pollution.
(a) artificial
(b) natural
(c) both
(d) man-made

Question- ____ is the first step of sewage treatment,
(a) Precipitation
(b) Chlorination
(c) Sedimentation
(d) Aeration

Question- Identify the correct matches –
A. Environmental (protection) act, 1986 — Protection and qu ty improvement of air, water and soil.
B. Kyota protocol — To mitigate climate change, to reduce green house gases
C. Montreal protocol — ODS reduction
D. Chipko movement — Trees protection
(a) A, B
(b) A, B, C
(c) A, B, D
(d) A, B, C, D

Question- Limit of BOD prescribed by Central Pollution control Board for the discharge of industrial and municipal waste water into natural surface water, is –
(a) < 30 ppm
(b) < 3.0 ppm
(c) < 10 ppm
(d) 100 ppm

Question- Choose the odd one out w.r.t. ozone depletion in the stratosphere
(a) UV rays have the ability to both degrade as well as form ozone layer
(b) UV rays are depleting the good ozone in the troposphere
(c) CFC’s are disturbing the balance of ozone equilibrium
(d) UV-B rays cause inflammation of cornea called snow blindness

Question- Due to eutrophication___.
(a) water gets less harmful
(b) BOD decreases
(c) algae are destroyed
(d) BOD increases 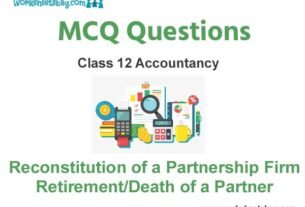 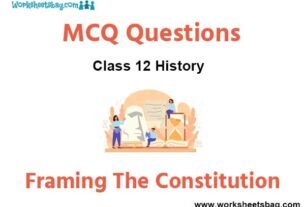