Please refer to the Class 12 Physics Sample Paper for the current academic year given below. We have provided the latest CBSE Sample Papers for Term 1 and Term 2 for Physics Class 12. All guess sample papers have been prepared based on the latest blueprint and examination pattern for the current year. All sample papers for Physics Class 12 Term 1 and 2 have been given with solutions. Students can access the multiple guess papers given below. Practicing more Class 12 Physics Sample Papers will help you to get more marks in upcoming exams.

Answer : 1. As given in the statement antimony is added to pure Si crystal, then a n -type extrinsic semiconductor would be so obtained, since antimony (Sb) is a pentavalent impurity.
Energy level diagram of n-type semiconductor

2. Consider two different hydrogen atoms. The electron in each atom is in an excited state. Is it possible for the electrons to have different energies but same orbital angular momentum according to the Bohr model? Justify your answer.
OR
Explain how does (i) photoelectric current and (ii) kinetic energy of the photoelectrons emitted in a photocell vary if the frequency of incident radiation is doubled, but keeping the intensity same? Show the graphical variation in the above two cases.

(i) The increase in the frequency of incident radiation has no effect on photoelectric current.  This is because of incident photon of increased energy cannot eject more than one electron
from the metal surface.

(ii) The kinetic energy of the photoelectron becomes more than the double of its original energy.
As the work function of the metal is fixed, so incident photon of higher frequency and hence higher energy will impart more energy to the photoelectrons.

3. Name the device which converts the change in intensity of illumination to change in electric current flowing through it. Plot I-V characteristics of this device for different intensities. State any two applications of this device.

Answer : Photodiodes are used to detect optical signals of different intensities by changing current flowing through them.

4. Derive an expression for the frequency of radiation emitted when a hydrogen atom de-excites from level n to level (n – 1). Also show that for large values of n, this frequency equals to classical frequency of revolution of an electron.

5. Explain with a proper diagram how an ac signal can be converted into dc (pulsating) signal with output frequency as double than the input frequency using pn junction diode. Give its input and output waveforms.

Working with input and output waveforms

Answer : A locus of points, which oscillate in phase is called a wavefront.
OR
A wavefront is defined as a surface of constant phase.

Diagram
Proof n1 sin i = n2 sin r (Derivation)
This is the Snell’s law of refraction.

Answer : (a) Diagram of compound microscope for the final image formed at D:

As the objective lens forms the real image,

9. Light of wavelength 2000 Å falls on a metal surface of work function 4.2 eV.
(a) What is the kinetic energy (in eV) of the fastest electrons emitted from the surface?
(b) What will be the change in the energy of the emitted electrons if the intensity of light with same wavelength is doubled?
(c) If the same light falls on another surface of work function 6.5 eV, what will be the energy of emitted electrons?

(c) For this surface, electrons will not be emitted as the energy of incident light (6.2 eV) is less than the work function (6.5 eV) of the surface.

11. (a) Name the e.m. waves which are suitable for radar systems used in aircraft navigation. Write the range of frequency of these waves.
(b) If the Earth did not have atmosphere, would its average surface temperature be higher or lower than what it is now? Explain.
(c) An e.m. wave exerts pressure on the surface on which it is incident. Justify.
OR
(a) “If the slits in Young’s double slit experiment are identical, then intensity at any point on the screen may vary between zero and four times to the intensity due to single slit”.
Justify the above statement through a relevant mathematical expression.
(b) Draw the intensity distribution as function of phase angle when diffraction of light takes place through coherently illuminated single slit.

Answer : (a) Microwaves are suitable for the radar system used in aircraft navigation.
Range of frequency of microwaves is 108 Hz to 1011 Hz.
(b) If the Earth did not have atmosphere, then there would be absence of greenhouse effect of the atmosphere. Due to this reason, the temperature of the earth would be lower than what it is now.
(c) An e.m. wave carries momentum with itself and given by P = Energy of wave(U)/ Speed of the wave(c) = U/c
When it is incident upon a surface it exerts pressure on it.
OR

(b) Intensity distribution as function of phase angle, when diffraction of light takes place through coherently illuminated single slit.
The intensity pattern on the screen is shown in the given figure.

To a distant observer, the light appears to be coming from somewhere below the ground. The observer naturally assumes that light is being reflected from the ground, say, by a pool of water near the tall object.
Such inverted images of distant tall objects cause an optical illusion to the observer. This phenomenon is called mirage. This type of mirage is especially common in hot deserts. Based on the above facts, answer the following questions:

(iv) A diamond is immersed in such a liquid which has its refractive index with respect to air as greater than the refractive index of water with respect to air. Then the critical angle of diamond-liquid interface as compared to critical angle of diamond -water interface will
(a) depend on the nature of the liquid only
(b) decrease
(c) remain the same
(d) increase. 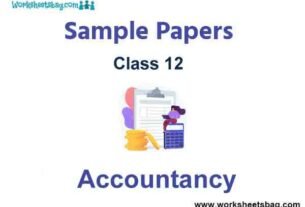