Please refer to Chemical Coordination and Integration MCQ Questions Class 11 Biology below. These MCQ questions for Class 11 Biology with answers have been designed as per the latest NCERT, CBSE books, and syllabus issued for the current academic year. These objective questions for Chemical Coordination and Integration will help you to prepare for the exams and get more marks.

Please see solved MCQ Questions for Chemical Coordination and Integration in Class 11 Biology. All questions and answers have been prepared by expert faculty of standard 11 based on the latest examination guidelines.

Question- Which of the following hormone is required for the maintenance of corpus luteum ?
(a) Progesterone
(b) Estrogen
(c) FSH
(d) LH

Question- Which one of the following disease is caused by the under secretion of cortisol hormone?
(a) Anaemia
(b) Addison’s disease
(c) Hyperglycemia
(d) Mental retardation

Question- Which of the following gland is often referred in connection with AIDS?
(a) Thymus
(b) Thyroid
(c) Adrenal
(d) Pancreas

Question- When amount of ADH decreases in blood, micturition
(a) increases
(b) decreases
(c) remains unaffected
(d) increases and then decreases

Question- Which of the following occurs due to ADH deficiency?
(a) Increase urine output.
(b) Increased water in urine.
(c) Less urine.
(d) No urination.

Question- Which of the following hormone acts upon the renal tubule and blood capillaries ?
(a) Glucagon
(b) Aldosterone
(c) Vasopressin
(d) Glucocorticoids

Question- Steroid hormones are produced only by the
(a) adrenal medulla and pancreas.
(b) thyroid gland and pancreas.
(c) anterior and posterior pituitary.
(d) sex organs and adrenal cortex.

Question-Which endocrine gland stores its secretion in extracellular spaces before discharging it into blood?
(a) Testis
(b) Pancreas
(c) Thyroid
(d) Adrenal

Question- Thyroxine acts on every organ of the body, except
(a) adult brain
(b) testis
(c) thyroid itself
(d) bones

Question- The hormone that supports pregnancy and stimulates mammary glands for the formation of alveoli for storing milk, is secreted from
(a) anterior Pituitary
(b) posterior pituitary
(c) graafian follicle
(d) corpus luteum

Question- Which of the following is (are) not influenced by parathyroid hormone ?
(a) Kidney
(b) Bone
(c) Small intestine
(d) None of the above

Question- Choose the correct statement about ‘neurohypophysis’ ?
(a) It stores and release hormones secreted by hypothalamus.
(b) It secretes its own hormones.
(c) It is poorly developed and functionless in humans.
(d) It stores the hormones produced by adenohypophysis.

Question- Which of the following statements is correct in relation to the endocrine system?
(a) Organs in the body like gastrointestinal tract, heart,kidney and liver do not produce any hormones.
(b) Non-nutrient chemicals produced by the body in trace amount that act as intercellular messenger are known as hormones.
(c) Releasing and inhibitory hormones are produced by the pituitary gland .
(d) Adenohypophysis is under direct neural regulation of the hypothalamus.

Question- One similarity between enzymes and hormones is that
(a) both are proteins.
(b) both can be used again and again.
(c) both are used in minute amount.
(d) both act at a particular pH.

Question- During pregnancy corpus luteum
(a) degenerates.
(b) changes to corpus albicans.
(c) persists until parturition.
(d) persists upto the middle of pregnancy.

Question- Which hormone helps in reabsorption of water from kidney?
(a) ADH
(b) STH
(c) ACTH
(d) TTH

Question- The hormone secretin is produced in
(a) pancreas and influences conversion of glycogen into glucose.
(b) small intestine and stimulates pancreas.
(c) adrenal glands and accelerates heartbeat.
(d) testes and produces male secondary sexual characters.

Question- Secretion of which of the following structure is responsible in preparing the inner wall of uterus for implantation ?
(a) Ovary
(b) Pituitary gland
(c) Corpus luteum
(d) Ovarian follicle

Question- Which hormone interacts with membrane bound receptor and does not normally enter the target cell?
(a) FSH
(b) Estrogen
(c) Thyroxine
(d) Cortisol

Question- Ovulation in humans is controlled by
(a) FSH and LTH
(b) FSH and G.H
(c) LTH and LH
(d) FSH and LH

Question- Which one of the following is not a second messenger in hormone action ?
(a) Calcium
(b) Sodium
(c) cAMP
(d) cGMP

Question- Which of the following is a gastro-intestinal hormone?
(a) Cholinesterase
(b) Enterokinase
(c) Secretin
(d) Interocrinin

Question- Which statement regarding PTH is correct?
(a) It is a peptide hormone.
(b) It stimulates bone resorption.
(c) It is hypercalcemic hormone.
(d) All of the above.

Question- Which of the following hormone opposes parathormone ?
(a) ADH
(b) STH
(c) Thyroxine
(d) Thyrocalcitonin

Question- Hormones of pituitary gland are
(a) some steroids and some proteins
(b) all proteins/peptides.
(c) complex substances formed from proteins, steroids,carbohydrates.
(d) all steroids.

Question- Which one of the following pairs of hormones are the examples of those that can easily pass through the cell membrane of the target cell and bind to a receptor inside it (mostly in the nucleus) ?
(a) Somatostatin, Oxytocin
(b) Cortisol, Testosterone
(c) Insulin, Glucagon
(d) Thyroxine, Insulin 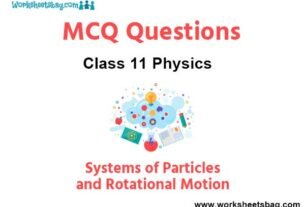 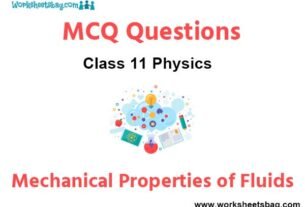 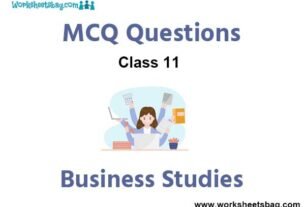