Please refer to Democracy and Diversity MCQ Questions Class 10 Social Science below. These MCQ questions for Class 10 Social Science with answers have been designed as per the latest NCERT, CBSE books, and syllabus issued for the current academic year. These objective questions for Democracy and Diversity will help you to prepare for the exams and get more marks.

Please see solved MCQ Questions for Democracy and Diversity in Class 10 Social Science. All questions and answers have been prepared by expert faculty of standard 10 based on the latest examination guidelines.

Question. The nation which was highly homogenous was
(a) Germany.
(b) US.
(c) United Kingdom.
(d) Mexico.

Question. Which of the following parties represents interests of Catholics in the UK?
(a) Unionist
(b) Nationalist
(c) Socialist
(d) Liberals

Question. The positive side of social differences is
(a) division on religious lines.
(b) harmony among people of different groups.
(c) differences crosscut each other.
(d) easy demarcation of society.

Question. Which one of the following does not take place when there is social difference in a society or country?
(a) Economic division.
(b) Regional division.
(c) Cultural division.
(d) Social division.

Question. Along with birth, some of the social differences are based on
(a) abilities.
(b) appearances
(c) disabilities.
(d) choices.

Question. In Mexico Olympics, American athletes were supported by an athlete of
(a) Germany
(b) France
(c) Australia
(d) New Zealand

Question. Identify the community which was brought to America during the 17th century
(a) Afro- American
(b) Australian
(c) Mexican
(d) Dalits

Question. The number of factors which are crucial in deciding the outcome of politics of social divisions are
(a) two.
(b) three.
(c) four.
(d) six.

Question. The political reason behind the conflicts in Sri Lanka is
(a) preferential policies of government.
(b) failure of non government organizations.
(c) unwillingness of parties to resolve conflict.
(d) absence of representation for weak.

Question. The act of Tommie Smith and John Carlos was considered by the International Olympic association as a
(a) racial symbol
(b) political statement
(c) religious act
(d) social difference

Question. Identify the reason responsible for the cease-fire among Nationalists and British security forces in Northern Ireland
(a) partition of state
(b) loss of nationalist in war
(c) peace agreement
(d) victory of Labour party in UK’s election

Question. Which one of the following countries does the region of Ireland belong to?
(a) France.
(b) United Kingdom.
(c) United States of America.
(d) Russia.

Question. The second factor responsible for the outcome of politics of social division is
(a) issue related to national identity.
(b) approach by political parties.
(c) how demands are raised.
(d) response of discriminated group.

Question. The political expression of social division is very healthy for the
(a) Monarchy
(b) Dictatorship
(c) Aristocracy
(d) Democracy

Question. The movement emerged in 1966 and lastes till 1975 to end racism in the US. Identify the movement:
(a) The Black Power Movement
(b) African-American Movement
(c) Civil Rights Movement
(d) Non-Cooperation Movement

Question. The conflicts which were prevatent in the Northern Ireland for a long time were
(a) religious.
(b) militant.
(c) racism.
(d) ethno-political.

Question. The social difference that is based on the principle of “accident of birth” is
(a) priest or soldier.
(b) male or female.
(c) rich or poor.
(d) atheists or non atheists.

Question. The factor behind the discrimination of dalits in India is
(a) religion.
(b) language.
(c) profession.
(d) class or caste.

Question. The university that had installed a 20-foot high sculpture of Tommie Smith is
(a) Johnson and Wales.
(b) San Jose State.
(c) San Diego Christian.
(d) Tufts University.

Question. Identify the factor responsible for the migration
(a) political
(b) economic
(c) social
(d) cultural

Question. The first factor crucial in deciding the outcome of politics of social division is
(a) peaceful thoughts
(b) policies of parties
(c) decisions of leaders
(d) how people perceive their identities.

Question. The third factor responsible for the outcome of politics of social division is
(a) role of movements.
(b) positive attitude of government.
(c) political support.
(d) legal laws.

Question. An example of crosscutting differences is
(a) religion.
(b) caste.
(c) political conditions.
(d) views.

FILL IN THE BLANKS

Question. Yugoslavia was disintegrated into independent countries in 1996.

Question. A peaceful treaty was signed between the U.K. government and the Nationalists in 1996. 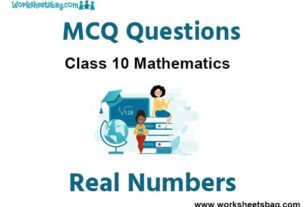 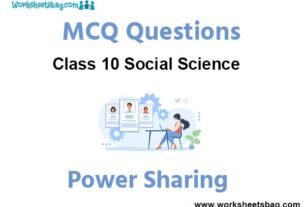