Please refer to Anatomy of Flowering Plants MCQ Questions Class 11 Biology below. These MCQ questions for Class 11 Biology with answers have been designed as per the latest NCERT, CBSE books, and syllabus issued for the current academic year. These objective questions for Anatomy of Flowering Plants will help you to prepare for the exams and get more marks.

Please see solved MCQ Questions for Anatomy of Flowering Plants in Class 11 Biology. All questions and answers have been prepared by expert faculty of standard 11 based on the latest examination guidelines.

Question- Which of the following statements are correct ?
(i) Xylem transports water and minerals.
(ii) Gymnosperms lack sieve tubes and companion cells in phloem.
(iii) The first formed primary xylem is called metaxylem.
(iv) Phloem fibres (bast fibres) are made up of collenchymatous cells.
(a) (i) and (iii)
(b) (i) and (ii)
(c) (iii) and (iv)
(d) (i) and (iv)

Question- Which of the following is enucleate at maturity?
(a) Companion cell
(b) Meristematic cell
(c) Parenchyma
(d) Sieve tube cell

Question- The quiescent centre in root meristem serves as a
(a) site for storage of food which is utilized during maturation.
(b) reservoir of growth hormones.
(c) reserve for replenishment of damaged cells of the meristem.
(d) region for absorption of water.

Question- Which of the following statements is correct?
(a) Lenticels occur in most woody trees.
(b) Sclerenchymatous cells are usually present in cortex.
(c) The vascular tissue system is divided into three main zones- cortex, pericycle and pith.
(d) The conjoint vascular bundles usually have the xylem located only on the outer side of the phloem.

Question- Which one of the following statements pertaining to plant structure is correct?
(a) Cork lacks stomata but lenticels carry out transpiration.
(b) Passage cells help in transfer of food from cortex to phloem.
(c) Sieve tube elements possess cytoplasm but no nuclei.
(d) The shoot apical meristem has a quiescent centre.

Question- In which one of the following would you expect to find glyoxysomes ?
(a) Endosperm of wheat
(b) Endosperm of castor
(c) Palisade cells in leaf
(d) Root hairs

Question- When we peel the skin of a potato tuber, we remove
(a) periderm
(b) epidermis
(c) cuticle
(d) leaves

Question- Why grafting is successful in dicots ?
(a) In dicots vascular bundles are arranged in a ring.
(b) Dicots have cambium for secondary growth.
(c) In dicots vessels with elements are arranged end to end.
(d) Cork cambium is present in dicots

Question- Which of the following pair of match is not correct?
(a) Pith – Large and well developed in monocotyledonous root.
(b) Root hairs – Helps in preventing water loss due to transpiration
(c) Sieve tube elements – Its functions are controlled by the nucleus of companion cells.
(d) Stomatal apparatus – Consists of stomatal aperture,guard cells and surrounding subsidiary cells

Question- Sieve tubes are suited for translocation of food because they possess
(a) bordered pits.
(b) no ends walls.
(c) broader lumen and perforated cross walls.
(d) no protoplasm.

Question- Cambium is considered as a lateral meristem because
(a) it gives rise to lateral branches.
(b) it causes increase in girth.
(c) it increases height and diameter of a plant.
(d) it adds bulk to a plant.

Question- Tissues are classified into two main groups, namely meristematic and permanent tissues on the basis of
(a) whether the cells being able to divide or not.
(b) position of the cells.
(c) whether they are living or dead.
(d) none of the above

Question- One of the primary function of the ground tissue in a plant is
(a) photosynthesis.
(b) to protect the plant.
(c) to anchor the plant.
(d) water and sugar conduction.

Question- A student was given a tissue to observe under the microscope. He observes the tissue and concludes that the tissue is a type of simple plant tissue and provides mechanical support to young stem and petiole of leaf.
Identify the tissue.
(a) Parenchyma
(b) Collenchyma
(c) Sclerenchyma
(d) Xylem parenchyma

Question- Which of the following process helps the trichomes in preventing water loss?
(a) Where companion cells helps in maintaining the pressure gradient in the sieve tubes.
(b) Where plants absorb water through the roots and then give off water vapor through pores in their leaves.
(c) Where activity of cork cambium builds pressure on the remaining layers peripheral to phellogen and ultimately these layers dies and slough off.
(d) None of the above

Question- Which of the following tissue is absent in vascular bundles of monocot stem ?
(a) Xylem
(b) Phloem
(c) Cambium
(d) All of these

Question- Apical and intercalary meristems are primary meristems because
(a) they occur in the mature region of roots and shoots of many plants.
(b) they made up of different kinds of tissues.
(c) they involved in secondary growth.
(d) they appear early in life of a plant and contribute to the formation of the primary plant body.

Question- Which type of plant tissue is being described by the given statements?
(i) It consists of long, narrow cells with thick and lignified
cell walls having a few or numerous pits.
(ii) They are dead and without protoplasts.
(iii) On the basis of variation in form, structure, origin and development, it may be either fibres or sclereids.
(iv) It provides mechanical support to organs.
(a) Parenchyma
(b) Sclerenchyma
(b) Collenchyma
(d) Chlorenchyma

Question- In a plant organ which is covered by periderm and in which the stomata are absent, some gaseous exchange still takes place through
(a) aerenchyma
(b) trichomes
(c) pneumatophores
(d) lenticels

Question- In land plants, the guard cells differ from other epidermal cells in having
(a) cytoskeleton.
(b) mitochondria.
(c) endoplasmic reticulum.
(d) chloroplasts.

Question- Which one of the following statement is incorrect ?
(i) Epidermal cell has small amount of cytoplasm and a large vacuole.
(ii) Waxy cuticle layer is absent in roots.
(iii) Root hairs are unicellular, while stem hairs / trichomes are multicellular.
(iv) Trichomes may be branched or unbranched, soft or stiff and prevent transpiration.
(v) Guard cells are dumbell shaped in dicots and beanshaped in monocots (e.g. grass).
(a) Only (i)
(b) Only (iv)
(c) Only (iii)
(d) Only (v)

Question- In the sieve elements, which one of the following is the most likely function of P-proteins?[2006]
(a) Deposition of callose on sieve plates.
(b) Providing energy for active translocation.
(c) Autolytic enzymes.
(d) Sealing mechanism on wounding. 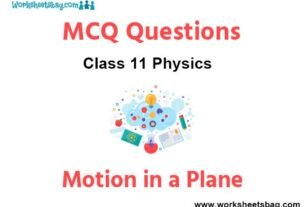 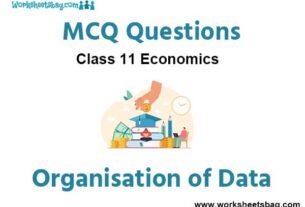