Question. What do you think were the feelings of Madam Forester when she came to know that Matilda returned her a diamond necklace in place of an artificial one?
Ans. Matilda borrowed a necklace from Madam Frostier to wear at a party. She lost it somewhere and in that place returned a diamond necklace to her. She was unaware of the fact that it was an artificial one. Madam Forester was shocked to know the whole story. Madam Frostier thought that situation could be avoided if Matilda had the dare to accept the truth and share it with Madam Forester.

Question. What kind of a husband was M. Loisel? Discuss with reference to the chapter. ‘The Necklace’.
Or
Why do you think that M. Loisel was a loving husband?
Ans. Mr. Loisel was a simple and poor clerk. He made every effort and sacrifice to make his wife happy. He sacrificed his 400 francs that he had saved to buy a gun for himself in order to buy a new party dress for his wife. It proves that he was a loving husband.

Question. “I returned another to you exactly like it. And it has taken us ten years to pay for it. You can understand that it was not easy for us who have nothing. But it is finished and I am decently content.” Mme Forestier stopped short. She said, “You say that you bought a diamond necklace to replace mine?”
(a) What did Mrs Loisel return to Mme Forestier?
(b) What made Mme Forestier stop short?
Ans. (a) Mrs. Loisel had returned a diamond necklace costing thirty-six thousand francs to Mme Forestier but it was not the same necklace that Loisel had borrowed from her friend. Instead, as she had lost the necklace, she had replaced it with another one that looked just like it.
(b) Forestier had stopped short because the necklace she had given Loisel was made not of real diamonds.

Question. “Oh! My poor Matilda! Mine was false.” Confession saves you from a lot of trouble and the sense of guilt. Justify the statement.
Ans. Matilda’s friend Mme Forester meets her after a long time, nearly a gap of ten years. Perhaps it was destined to. She does not recognize Matilda — old, hard and crude with dishevelled hair and skirts awry. She is astonished to see Matilda in this pathetic condition. Matilda tells her the reason for this — the loss of the original necklace and the misery that followed after replacing the necklace. Mme Forester could only sympathies with Matilda, for the necklace she had lent to Matilda was not of original diamonds. She could have told this clearly to Matilda while giving it to her. Perhaps Mme forester thought she should not dampen Matilda’s spirits by revealing the truth. But what the loss of it.
Brought to Matilda was irreversible. Matilda on her part should have revealed the loss of the necklace to her friend. If it had been of real diamonds, then she could have asked for some time to replace it.
Matilda could have thus taken her friend into confidence, but the silent suffering had really taken its toll on her life. If Matilda had only taken courage and been honest to her friend, she would still have been living comfortably, thus justifying the statement given above. Her own senseless attitude led to her ruin. 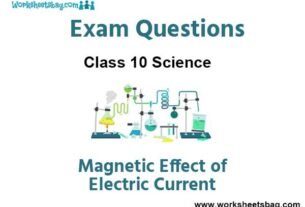