Please refer to the Animal Kingdom Notes Class 11 Biology given below. These revision notes have been designed as per the latest NCERT, CBSE, and KVS books issued for the current academic year. Students will be able to understand the entire chapter in your class 11th Biology book. We have provided chapter-wise Notes for Class 11 Biology as per the latest examination pattern.

Students of Class 11 Biology will be able to revise the entire chapter and also learn all important concepts based on the topic-wise notes given below. Our best teachers for Grade 11 have prepared these to help you get better marks in upcoming examinations. These revision notes cover all important topics given in this chapter.

5. In Cephalochordata à Notochord extends from head to tail region and is persistent throughout their life.
➤ Examples: Cephalochordata – Branchiostoma (Amphioxus or Lancelet).

6. The members of subphylum Vertebrata
➤ Possess notochord during the embryonic period.
➤ The notochord is replaced by a cartilaginous or bony vertebral column in the adult.
➤ “all vertebrates are chordates but all chordates are not vertebrates”
➤ Besides the basic chordate characters,
• vertebrates have a ventral muscular heart with two, three or four chambers,
• kidneys for excretion and osmoregulation and
• paired appendages which may be fins or limbs.

7. Class – Cyclostomata
➤ All are ectoparasites on some fishes.
➤ Elongated body bearing 6-15 pairs of gill slits for respiration.
➤ Cyclostomes have a sucking and circular mouth without jaws
➤ Their body is devoid of scales and paired fins.
➤ Cranium and vertebral column are cartilaginous.
➤ Circulation is of closed type.
➤ Cyclostomes are marine but migrate for spawning to fresh water.
➤ After spawning, within a few days, they die.
➤ Their larvae, after metamorphosis, return to the ocean.
➤ Examples: Petromyzon (Lamprey) and Myxine (Hagfish).

8. Class – Chondrichthyes
➤ Marine animals
➤ Streamlined body
➤ Cartilaginous endoskeleton
➤ Mouth is located ventrally.
➤ Notochord is persistent throughout life.
➤ Gill slits are separate and without operculum (gill cover).
➤ The skin is tough, containing minute placoid scales.
➤ Teeth are modified placoid scales which are backwardly directed.
➤ Their jaws are very powerful.
➤ These animals are predaceous.
➤ Due to the absence of air bladder, they have to swim constantly to avoid sinking.
➤ Heart is two-chambered (one auricle and one ventricle).
➤ Some of them have electric organs (e.g., Torpedo) and some possess poison sting (e.g., Trygon).
➤ They are cold-blooded (poikilothermous) animals, i.e., they lack the capacity to regulate their body temperature.
➤ Sexes are separate.
➤ In males pelvic fins bear claspers.
➤ They have internal fertilisation and many of them are viviparous.
➤ Examples:
• Scoliodon (Dog fish),
• Pristis (Saw fish),
• Carcharodon (Great white shark),
• Trygon (Sting ray).

10. Class – Amphibia (Gr., Amphi : dual, bios, life)
➤ Live in aquatic as well as terrestrial habitats
➤ Most of them have two pairs of limbs.
➤ Body is divisible into head and trunk.
➤ Tail may be present in some.
➤ The amphibian skin is moist (without scales).
➤ The eyes have eyelids.
➤ A tympanum represents the ear.
➤ Alimentary canal, urinary and reproductive tracts open into a common chamber called cloaca which opens to the exterior.
➤ Respiration is by gills, lungs and through skin.
➤ The heart is three chambered (two auricles and one ventricle).
➤ These are cold-blooded animals.
➤ Sexes are separate.
➤ Fertilisation is external.
➤ They are oviparous and development is indirect.
➤ Examples:
• Bufo (Toad),
• Rana (Frog),
• Hyla (Tree frog),
• Salamandra (Salamander),
• Ichthyophis (Limbless amphibia)

12. Class – Aves
➤ The characteristic features à Presence of feathers
➤ Most of them can fly except flightless birds (e.g., Ostrich).
➤ They possess beak
➤ The forelimbs are modified into wings.
➤ The hind limbs generally have scales and are modified for walking, swimming or clasping the tree branches.
➤ Skin is dry without glands except the oil gland at the base of the tail.
➤ Endoskeleton is fully ossified (bony)
➤ Long bones are hollow with air cavities (pneumatic).
➤ The digestive tract of birds has additional chambers, the crop and gizzard.
➤ Heart is completely four chambered.
➤ They are warm-blooded (homoiothermous) animals, i.e., they are able to maintain a constant body temperature.
➤ Respiration is by lungs.
➤ Air sacs connected to lungs supplement respiration.
➤ Sexes are separate.
➤ Fertilisation is internal.
➤ They are oviparous and development is direct.
➤ Examples :
• Corvus (Crow),
• Columba (Pigeon),
• Psittacula (Parrot),
• Struthio (Ostrich),
• Pavo (Peacock),
• Aptenodytes (Penguin),
• Neophron (Vulture).

13. Class – Mammalia
➤ Found in a variety of habitats – polar ice caps, deserts, mountains, forests, grasslands and dark caves.
➤ Adapted to fly or live in water.
➤ The most unique mammalian characteristic is the presence of milk producing glands (mammary glands) by which the young ones are nourished.
➤ They have two pairs of limbs, adapted for walking, running, climbing, burrowing, swimming or flying
➤ The skin of mammals is unique in possessing hair.
➤ External ears or pinnae are present.
➤ Different types of teeth are present in the jaw.
➤ Heart is four chambered.
➤ They are homoiothermous.
➤ Respiration is by lungs.
➤ Sexes are separate
➤ Fertilisation is internal.
➤ They are viviparous with few exceptions
➤ Development is direct.
➤ Examples: 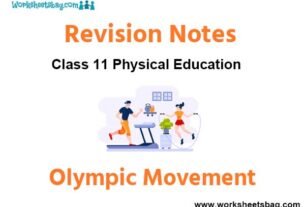