Question. Which one is correct about intercalary meristem?
(a) It occurs between mature tissues
(b) It occurs in grasses and regenerate parts removed by grazing herbivores
(c) It is a primary meristem
(d) All

Question. Secondary tissues are produced by all except
(a) Fascicular cambium
(b) Interfascicularcambium
(c) Apical meristem
(d) Phellogen

Question. Which one is secondary lateral meristem?
(a) Intercalary
(b) Cork cambium
(c) Interfascicularcambium
(d) Both (b) and (c)

Question. Fibres and sclereids are the types of
(a) Parenchyma
(b) Collenchyma
(c) Sclerenchyma
(d) Xylem

Question. Which of the following statement is incorrect about sclreids?
(a) Variously shaped
(b) Highly thickened + lignified cell wall and lumen is narrow
(c) Commonly found in fruit wall of nuts, seed coat of legumes and leaves
(d) They are type of parenchyma

Question. In each vascular bundle, the tissue nearest to the centre of stem is
(a) Phloem
(b) Fibres
(c) Vascular cambium
(d) Xylem

Question. Unlike tracheids, vessel elements
(a) Function when dead
(b) Are spindle shaped
(c) Are found primarily in angiosperm
(d) Lose part or all of end walls

Question. Tracheids and vessel elements
(a) Die before they become functional
(b) Are important constituents of all plants
(c) Are found in the secondary plant body
(d) Are without lignified cell wall

Question. Sieve tube is
(a) Multicellular, vessel like structure
(b) Provided with porous septa
(c) The main conducting element for translocation of food
(d) All of above

Question. Sieve tubes are best suited for translocation of solutes because
(a) They are much broader than long
(b) They posses no end wall
(c) They have higher number of pits
(d) They posses interconnected lumen

Question. Which of the bastfibres is of great commercial value?
(a) Jute
(b) Flax
(c) Hemp
(d) All

Question. The primary function of epidermis is
(a) Protection
(b) Photosynthesis
(c) Conduction of water and solute
(d) Mechanical support

Question. Excessive loss of water is prevented by
(a) Epidermis
(b) Endodermis
(c) Cortex
(d) Xylem

Question. In the development of a root, the protoderm give rise to the
(a) Cortex
(b) Root hair
(c) Endodermis
(d) Pith

Question. Which one is not a part of stele
(a) Pericycle
(b) Pith
(c) Vascular bundle
(d) Cortex

Question. The innermost layer or last layer of cortex is called
(a) Pericycle
(b) Conjuctivetissue
(c) Endodermis
(d) Exodermis

Question. Monocot root differs from dicotroot in having
(a) Polyarchxylem bundles
(b) Large and well developed pith
(c) Both (a) and (b)
(d) Radial vascular bundle and exarchxylem

Question. Which one is correct?
(a) In dorsiventralleaf, stomata is on lower surface
(b) Protoxylemdisintegrates to produce lacuna in monocot stem
(c) Reticulate venation in dicotleaf, parallel venation in monocot leaf
(d) All

Question. In dicotstem lateral branch comes out from
(a) Pericycle
(b) Cortex
(c) Pith
(d) Epidermis

Question. When we peel the skin of a potato tuber, we remove
(a) periderm
(b) epidermis
(c) cuticle
(d) leaves

Question. The length of different internodes in a culm of sugarcane is variable because of
(a) size of leaf lamina at the node below each internode
(b) intercalary meristem
(c) shoot apical meristem
(d) position of axillary buds

Question. Apical and intercalary meristems are primary meristems because
(a) they occur in the mature region of roots and shoots of many plants.
(b) they made up of different kinds of tissues.
(c) they involved in secondary growth.
(d) they appear early in life of a plant and contribute to the formation of the primary plant body.

Question. A piece of wood having no vessels (trachea) must be belonged to
(a) teak
(b) mango
(c) pine
(d) palm

Question. Cambium is considered as a lateral meristem because
(a) it gives rise to lateral branches.
(b) it causes increase in girth.
(c) it increases height and diameter of a plant.
(d) it adds bulk to a plant.

Question. Tissues are classified into two main groups, namely meristematic and permanent tissues on the basis of
(a) whether the cells being able to divide or not.
(b) position of the cells.
(c) whether they are living or dead.
(d) none of the above

Question. The given figure shows apical meristem of root apex with few part marked as A, B and C. Identify the correct labelling of A, B and C.

Question. Identify the types of simple tissue indicated by A, B, C and D and their function.

Question. In the given figure of phloem tissue, identify the marked part (A, B and C) which help in maintaining the pressure gradient in the sieve tubes.

Question. Identify types of vascular bundles in given figures A, B and C.

Question. The given figure shows the T.S of dicot root. Some parts are marked as A, B, C, D, E, & F. Choose the option which shows the correct labelling of marked part.

Question. T.S. of monocot leaf is given below, certain parts have been marked by alphabets (A – G). Which one is the option showing there correct labelling?

Question. Which one of the followings option shows the correct labelling of the parts marked as A, B, C and D in the given figure of a lenticel?

Question. Which of the following figure is a type of permanent tissue having many different types of cell? 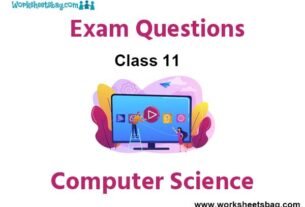