Question. Which of the following is a statement of normative nature in economics?
(a) Economics is study of choices/alternatives.
(b) Government should be concerned with how to reduce unemployment
(c) According to an estimate, in spite of severe shortage, more than 10% of houses in Indian cities are lying vacant.
(d) Accommodation of Refugees is posing a big problem for the Europe

Question. A growth of resources in an economy is shown on PP by:
(a) Leftward Shift
(b) Unchanged PPC
(c) Rightward Shift
(d) None of the above

Question. The basic assumption regarding resources while drawing a PPC is
a) Resources are unlimited
b) Resources depend on the kind of goods produced
c) Resources can be put to a particular use
d) Resources are constant and given

Question. In a centrally planned economy, the central problems are solved by
a) Supply of goods
b) Demand for goods
c) Market mechanism
d) Planning authority

Question. The study of jute industry is a macroeconomic study. This statement is
a) Conditional
b) True
c) Can’t say
d) False

Question. What is meant by economising of resources?
Answer : It means making best use of available resources.

Question. Define marginal rate of transformation.
Answer : MRT is the ratio of units of one good sacrificed to produce one more unit of other goods. MRT = Δy / Δx

Question. What does the problem for whom to produce refer to?
Answer : This is essentially the problem of distribution of income between the different groups of the society. This problem has limited resources. Because of scarcity, city of resources, producers are unable to produce everything in desired quantity. But they will have to make a choice as to which one is important as a whole, so that limited resources can be rationally managed.

Question. Explain the central problem of the choice of products to be produced.
Answer : Production, distribution and disposition of goods and services are the basic economic activities of life. These problems are called central problems because these are the most basic problems of an economy and all other problems revolve around them. Allocation of resources refers to the problem of assigning the scarce resources in such a manner so that maximum wants of the society are fulfilled. As resources are limited in relation to the unlimited wants, it is important to economize their use and utilize them in the most efficient manner.
In nutshell, an economy has to allocate its resources and choose from different potential bundles of goods (What to produce), select from different techniques of production (How to produce), and decide in the end, who will consume the goods (For whom to produce). 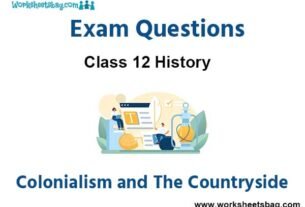