Please refer to Breathing and Exchange of Gases MCQ Questions Class 11 Biology below. These MCQ questions for Class 11 Biology with answers have been designed as per the latest NCERT, CBSE books, and syllabus issued for the current academic year. These objective questions for Breathing and Exchange of Gases will help you to prepare for the exams and get more marks.

Please see solved MCQ Questions for Breathing and Exchange of Gases in Class 11 Biology. All questions and answers have been prepared by expert faculty of standard 11 based on the latest examination guidelines.

Question- Which of the following statements is incorrect for ECG of human heart?
(a) It is graphical representation of the electrical activity of the heart during a cardiac cycle.
(b) The ECG of a person is obtained by using a machine called electrocardiogram.
(c) To obtain a standard ECG a patient is connected to the machine with three electrical leads.
(d) Each peak in the ECG is identified with a letter from P to T that corresponds to a specific electrical activity of the heart.

Question– Select the correct statement.
(a) Inter-atrial septum is a thick partition while atrio-ventricular partitions are thin.
(b) Mitral valve is having 2 fibrous nonmuscular cusps.
(c) Size of heart is equivalent to the size of clenched fist.
(d) All of the above.

Question– The blood stem cells are related to which among the following options:
(a) Liver
(b) Spleen
(c) Kidney
(d) Bone marrow

Question– The nephridia of earthworm are related with :-
(a) Locomotion
(b) Excretion of nitrogenous wastes
(c) Digestion
(d) Respiration

Question- Angiotensin –II will lead to all of the following except :-
(a) Vasoconstriction
(b) Hypernatremia
(c) Increasing GFR
(d) Excretion of Na+ in urine

Question- Which of the following is incorrect match about human excretory system?
(a) Columns of Bertini: extension of cortex in between the renal pyramids.
(b) Renal corpuscle: Bowman’s capsule plus glomerulus.
(c) Cortical nephrons: Vasa recta is absent or highly reduced.
(d) Podocytes: Cuboidal epithelium of Bowman’s capsule.

Question- Which of the following statements about the functioning of the kidney is correct?
I. On an average 1100-1200ml of blood is filtered by the kidneys per minute which constitute roughly 1/5th of the blood
pumped out by each ventricle of the heart in a minute.
II. JGA is a special sensitive region formed by cellular modification in the distal convoluted tubule and the glomerulus at the location of their contact.
III. The ascending limb of Henle’s loop is impermeable to water but allows transport of electrolytes.
IV. The collecting duct allows passage of small amounts of urea into the medullary interstitium to keep up the osmolarity.
(a) I and II
(b) I, III and IV
(c) I, II, and III
(d) II, III, and IV

Question- Identify the correct statements regarding urine formation?
(a) Countercurrent mechanism works around the PCT and glomerulus.
(b) To prevent diuresis ADH facilitates water reabsorption from the latter parts of the tubule.
(c) Maximum reabsorption of electrolytes occurs in the Henle’s loop.
(d) A decrease in blood pressure can increase the GFR.

Question-  Asthma is caused due to
(a) infection of lungs.
(b) spasm in bronchial muscles.
(c) bleeding into pleural cavity.
(d) infection of trachea.

Question- Which one of the following is the correct statement for respiration in humans?
(a) Workers in grinding and stone-breaking industries may suffer from lung fibrosis.
(b) About 90% of carbon dioxide (CO2) is carried by haemoglobin as carbaminohaemoglobin.
(c) Cigarette smoking may lead to inflammation of bronchi.
(d) Neural signals from pneumotaxic centre in pons region of brain can increase the duration of inspiration.

Question- When 1200 mL air is left in the lungs, it is called
(a) vital capacity
(b) tidal volume
(c) residual volume
(d) inspiratory reserve volume

Question- Which of the following statement is correct?
(a) Tracheal rings are of hyaline cartilage .
(b) Dorsal side of thoracic chamber is formed by sternum.
(c) Expiration occurs when there is negative pressure in lungs.
(d) All of the above

Question- Which of the following gases makes the most stable combination with the haemoglobin of RBCs?
(a) CO2
(b) CO
(c) O2
(d) N

Question- In mammals, carbon dioxide is transported from tissues to respiratory surface by
(a) plasma
(b) R.B.C.
(c) W.B.C.
(d) both (a) and (b)

Question- Which of the following has no specialized respiratory structures ?
(a) Crab
(b) Earthworm
(c) Salmon
(d) Ant

Question- Which of the following structures is the actual gas exchange surface in the mammalian respiratory system ?
(a) Bronchus
(b) Alveolus
(c) Bronchiole
(d) Trachea

Question- Which of the following organ receives electrical messages from the brain for breathing in and out?
(a) Diaphragm
(b) Bronchi
(c) Bronchioles
(d) Alveoli

Question- Which of the following statement is incorrect?
(a) Diffusion membrane is made up of 3-major layers.
(b) Solubility of CO2 is higher than O2 by 25 times.
(c) Breathing volumes are estimated by spirometer.
(d) High conc. of hydrogen ions favours oxyhaemoglobin formation.

Question- Emphysema developes mainly because of
(a) allergy or hypersensitization.
(b) spasm of the smooth muscles of bronchioles.
(c) cigarette smoking.
(d) inflammation of the alveoli

Question- The correct statement in respect of protein haemoglobin is that it
(a) maintains blood sugar level.
(b) acts as an oxygen carrier in the blood.
(c) functions as a catalyst for biological reactions.
(d) forms antibodies and offers resistance to diseases.

Question- Which of the following normally contains the highest concentration of oxygen ?
(a) Body cells
(b) Inhaled air
(c) Air in the pulmonary trunk
(d) Blood entering the lungs 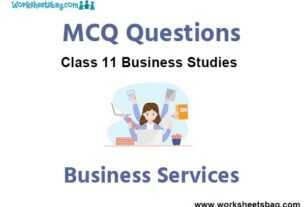 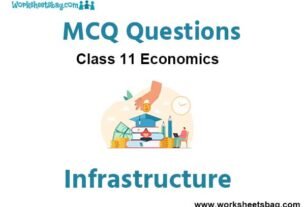