Question. Leaves
(a) Originate from shoot apical meristem
(b) Are arranged in an acropetalorder
(c) Are the most important vegetative organs for photosynthesis
(d) All

Question. Presence of sheathing leaf base covering the stem partially or wholly is the characteristic of certain
(a) Monocots
(b) Fern
(c) Cycas
(d) Coconut

Question. Arrangement of leaves on stem or its branches is called
(a) Phyllotaxy
(b) Venation
(c) Vernation
(d) Heterophylly

Question. Cymose inflorescence is identified by
(a) Basipetal arrangement of flowers on the main axis (peduncle)
(b) The limited growth of the main axis as main axis terminates in a flower
(c) (a) and (b)
(d) Presence of sessile flower

Question. In which of the following perianths are found?
(a) Lily
(b) China rose
(c) Rose
(d) Pea

Question. The formation of fruit from ovary without fertilization is called
(a) Parthenogenesis
(b) Apomixis
(c) Parthenocarpy
(d) Amphimixis

Question. Parthenocarpic fruit is a
(a) Seeded fruit
(b) Seedless fruit
(c) Single seeded fruit
(d) Fruit of no use

Question. The wall of fruit is called
(a) Epicarp
(b) Sporocarp
(c) Pericarp
(d) Cytocarp

Question. In coconut
(a) Mesocarpis fibrous
(b) Endosperm is edible
(c) Both
(d) Mesocarpis edible

Question. Which of the following statements is correct?
(a) The ovules after fertilisation,develop into seeds
(b) A seed consists of a seed coat and an embryo
(c) The embryo consists of a radicle,anembryonal axis and 1or2 cotyledons
(d) All

Question. Adventitious roots are adventitious in their
(a) Function
(b) Position
(c) Place of origin
(d) Internal structure

Question. Function of stem is
(a) To bear leaves and branches
(b) Conduction of water and minerals
(c) Conduction and storage of food
(d) All

Question. Primary function of stem is to
(a) Bear and hold leaves
(b) Absorb water and minerals
(c) Fixation of plants
(d) Help in vegetative reproduction

Question. Which of the following plant parts elongates directly and leads to the formation of primary roots?
(a) bud
(b) radicle
(c) plumule
(d) root hair

Question. Fibrous roots develop in maize from
(a) upper nodes
(b) lower nodes
(c) upper internodes
(d) none of these

Question. Which of the following plants grow in swampy areas, where the roots come out of the ground and grow vertically upwards?
(a) Potato
(b) Opuntia
(c) Rhizophora
(d) Grass

Question. Which of the following plant parts is generally green when young and later often becomes woody and dark brown?
(a) stem
(b) seed
(c) leaves
(d) flower

Question. Which of the following is a modified stem for the protection of plants from browsing animals?
(a) Tendrils
(b) Thorns
(c) Rhizome
(d) Tuber

Question. In which of the following plants, a slender lateral branch arises from the base of the main axis, and after growing aerially arch downwards to touch the ground?
(a) Mint and jasmine
(b) Banana and pineapple
(c) Grass and stawberry
(d) Pistia and Eichhornia

Question. The main purpose of phyllotaxy for the leaves is to provide sufficient_______.
(a) soil
(b) air
(c) water
(d) light

Question. Which type of function is performed by the fleshy leaves of onion and garlic?
(a) Storage
(b) Reproduction
(c) Photosynthesis
(d) Protection

Question. When a flower has both androecium and gynoecium, it is known as__________.
(a) asexual
(b) bisexual
(c) unisexual
(d) multisexual

Question. A sterile stamen is known as
(a) staminode
(b) anther
(c) pollen grain
(d) filament

Question. Which one of the following structure is not associated with gynoecium?
(a) Ovary
(b) Style
(c) Stigma
(d) Filament

Question. A scar on the seed coat through which the developing seeds are attached to the fruit is called as ________.
(a) testa
(b) tegmen
(c) hilum
(d) micropyle

Question. Which one of the following statements is not correct?
(a) Each stamen which represents the male reproductive organ consists of a stalk or a filament and an anther.
(b) An actinomorphic flower can be dissected into two equal halves from any plane.
(c) Superior ovary is found in hypogynous flowers.
(d) When stamens are attached to petals, they are epiphyllous as in brinjal.

Question. Which one of the following characteristics is not related to gynoecium?
(a) It is the female reproductive part of the flower.
(b) It is composed of stamens.
(c) Stigma is usually at the tip of the style and is the receptive surface for pollen grains.
(d) Each ovary bears one or more ovules attached to a flattened, cushion like placenta.

Question. Which of the following statements are correct?
(i) From the region of elongation, some of the epidermal cells form root hairs.
(ii) Pneumatophores are seen in Rhizophora.
(iii) Adventitious roots are seen in the banyan tree.
(iv) Maize and sugarcane have prop roots.
(a) (i) and (iv)
(b) (i), (iii) and (iv)
(c) (iii) and (iv)
(d) (ii) and (iii)

Question. Which of the following statement (s) is/are not correct?
(i) Calyx and corolla are reproductive organs of a flower.
(ii) Zygomorphic flower can be divided into two equal radial halves in any radial plane.
(iii) Flowers without bracts are termed as bracteate.
(iv) Parthenocarpic fruit is formed after fertilization of the ovary.
(v) In legumes, seed is non-endospermic.
(vi) Radical buds develop on roots.
(a) (i) , (ii), (iii) and (iv)
(b) (i), (ii) and (v)
(c) (iii), (iv) and (vi)
(d) (iv), (v) and (i)

Question. Read the following statements and answer the question.
(i) Gynoecium is situated in the centre, and other parts of the flower are located on the rim of the thalamus almost at the same level.
(ii) Ovary is half-inferior.
(iii) Examples are plum, rose and peach.
Which condition of flowers is being described by the above statements ?
(a) hypogyny
(b) perigyny
(c) epigyny
(d) none of these

Question. Which of the following statement(s) is/are correct about the fruit?
(i) Fruit is a mature or ripened ovary, developed before fertilization.
(ii) It consists of a wall or pericarp and seeds.
(iii) When pericarp is thick and fleshy, it is differentiated into outer mesocarp, middle epicarp and inner endocarp.
(iv) In mango and coconut, the fruit is known as a berry.
(a) Only (i)
(b) Both (ii) and (iii)
(c) Only (ii)
(d) All of these

Question. Which of the following statements is correct?
(a) Imbricate aestivation is found in the papilionaceous family.
(b) Generally, sepals are green, leaf like and protect the flowers in the bud stage.
(c) In cymose type of inflorescence, the main axis terminates in a flower, hence is limitless in growth.
(d) In axile placentation ovary is one chambered but it becomes two cambered due to the formation of false septum.

Question. Assertion : Ginger has a prostrate-growing rhizome.
Reason : Shoot growth is not effected by gravity.

Question. Assertion : Ginger has a prostrate growing rhizome.
Reason : Shoot growth is not effected by gravity.

Question. Match column I with column II and choose the correct option.

Question. Matching colmun I with column II and choose the correct option.

Question. Match column – I, II and III and choose the correct option. 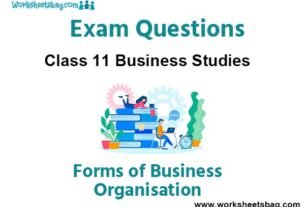