Students of Class 11 Economics will be able to revise the entire chapter and also learn all important concepts based on the topic-wise notes given below. Our best teachers for Grade 11 have prepared these to help you get better marks in upcoming examinations. These revision notes cover all important topics given in this chapter.

Environment is defined as the total planetary inheritance and the totality of all resources.
It includes all the biotic and abiotic factors that influence each other.
While all living elements—the birds, animals and plants, forests, fisheries etc.—are biotic elements, abiotic elements include air, water, land etc.

Examples of renewable resources are the trees in the forests and the fishes in the ocean.
Non-renewable resources, on the other hand, are those which get exhausted with extraction and use, for example, fossil fuel
(ii) it assimilates (absorb) waste
(iii) it sustains life by providing genetic and bio diversity and (iv) it also provides aesthetic (beauty) services like scenery etc.

Absorptive capacity means the ability of the environment to absorb degradation.
To make matters worse, global environmental issues such as global warming and ozone depletion also contribute to increased financial commitments for the government.
Thus, it is clear that the opportunity costs of negative environmental impacts are high.

India has abundant natural resources in terms of rich quality of soil, hundreds of rivers and tributaries, lush green forests, plenty of mineral deposits beneath the land surface, vast stretch of the Indian Ocean, ranges of mountains, etc.
The black soil of the Deccan Plateau is particularly suitable for cultivation of cotton, leading to concentration of textile industries in this region.
The Indo-Gangetic plains — spread from the Arabian Sea to the Bay of Bengal — are one of the most fertile, intensively cultivated and densely populated regions in the world.
India accounts for nearly 8 per cent of the world’s total iron-ore reserves.
However, the developmental activities in India have resulted in pressure on its finite natural resources, besides creating impacts on human health and well-being.
The priority issues identified are

You may be aware of the Chipko Movement, which aimed at protecting forests in the Himalayas. In Karnataka, a similar movement took a different name, ‘Appiko’, which means to hug.

The per capita forest land in the country is only 0.06 hectare against the requirement of 0.47 hectare to meet basic needs, resulting in an excess felling of about 15 million cubic metre forests over the permissible limit.
India is one of the ten most industrialised nations of the world.
But this status has brought with it unwanted and unanticipated consequences such as unplanned urbanisation, pollution and the risk of accidents.

To achieve sustainable development, the following needs to be done
(i) Limiting the human population to a level within the carrying capacity of the environment.
The carrying capacity of the environment is like a ‘plimsoll line’ of the ship which is its load limit mark.
(ii) Technological progress should be input efficient and not input consuming
(iii) Renewable resources should be extracted on a sustainable basis, that is, rate of extraction should not exceed rate of regeneration
(iv)For non-renewable resources rate of depletion should not exceed the rate of creation of renewable substitutes and
(v)Inefficiencies arising from pollution should be corrected.

Use of Non-conventional Sources of Energy: India, as you know, is hugely dependent on thermal and hydro power plants to meet its power needs. Both of these have adverse environmental impacts. Thermal power plants emit large quantities of carbon dioxide which is a green house gas. It also produces fly ash which, if not used properly, can cause pollution of water bodies, land and other components of the environment.
Wind power and solar rays are good examples of conventional but cleaner and greener energy sources but are not yet been explored on a large scale due to lack of technological devices.

LPG, Gobar Gas in Rural Areas:
Households in rural areas generally use wood, dung cake or other biomass as fuel.
This practice has several adverse implications like deforestation, reduction in green cover, wastage of cattle dung and air pollution.

To rectify the situation, subsidised LPG is being provided. In addition, gobar gas plants are being provided through easy loans and subsidy.
As far as liquefied petroleum gas (LPG) is concerned, it is a clean fuel
— it reduces household pollution to a large extent.

Wind Power: In areas where speed of wind is usually high, wind mills can provide electricity without any adverse impact on the environment.
Wind turbines move with the wind and electricity is generated.

Solar Power through Photovoltaic Cells: India is naturally endowed with a large quantity of solar energy in the form of sunlight.
Plants use solar energy to perform photosynthesis. Now, with the help of photovoltaic cells, solar energy can be converted into electricity.

These cells use special kind of materials to capture solar energy and then convert the energy into electricity.
This technology is extremely useful for remote areas and for places where supply of power through grid or power lines is either not possible or proves very costly.
This technique is also totally free from pollution.
India is also leading an International body called International Solar Alliance (ISA).

Mini-hydel Plants: In mountainous regions, streams can be found almost everywhere.
Mini-hydel plants use the energy of such streams to move small turbines. The turbines generate electricity which can be used locally.

Biocomposting: In our quest to increase agricultural production during the last five decades or so, we almost totally neglected the use of compost and completely switched over to chemical fertilisers.
The result is that large tracts of productive land have been adversely affected, water bodies including ground water system have suffered due to chemical contamination and demand for irrigation has been going up year after year.
Farmers, in large numbers all over the country, have again started using compost made from organic wastes of different types.

Biopest Control: With the advent of green revolution, the entire country entered into a frenzy to use more and more chemical pesticides for higher yield. Soon, the adverse impacts began to show; food products were contaminated, soil, water bodies and even ground water were polluted with pesticides. Even milk, meat and fishes were found to be contaminated.
To meet this challenge, efforts are on to bring in better methods of pest control. One such step is the use of pesticides based on plant products.
Neem trees are proving to be quite useful.
Mixed cropping and growing different crops in consecutive years on the same land have also helped farmers. 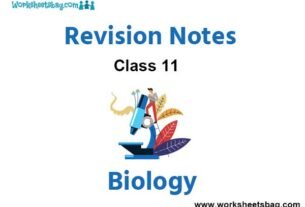 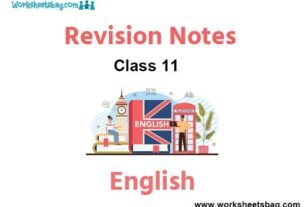