Question. The term ‘clone’ cannot be applied to offspring formed by sexual reproduction because
(a) offspring do not possess exact copies of parental DNA
(b) DNA of only one parent is copied and passed on to the offspring
(c) offspring are formed at different times
(d) DNA of parent and offspring are completely different.

Question. A gamete from a diploid parent is haploid, then from a haploid parent will be
(a) Ooploid
(b) Haploid
(c) 1/4n
(d) Tetraploid

Question. The statements given below describe certain features that are observed in the pistil of flowers.
(i) Pistil may have many carpels
(ii) Each carpel may have more than one ovule
(iii) Each carpel has only one ovule
(iv) Pistil have only one carpel
Choose the statements that are true from the options below.
(a) (i) and (ii)
(b) (i) and (iii)
(c) (ii) and (iv)
(d) (iii) and (iv)

Question. There is no natural death in single celled organisms like Amoeba and bacteria because
(a) they cannot reproduce sexually
(b) they reproduce by binary fission
(c) parental body is distributed among the offspring
(d) they are microscopic

Question. Appearance of vegetative propagules from the nodes of plants such as sugarcane and ginger is mainly because.
(a) nodes are shorter than internodes
(b) nodes have meristematic cells
(c) nodes are located near the soil
(d) nodes have non-photosynthetic cells

Question. The most common asexual reproductive structure of algae and fungi are
(a) agygospore
(b) zoospore
(c) buds
(d) conidia

Question. Amoeba and yeast reproduce asexually by fission and budding respectively, because they are
(a) microscopic organisms
(b) heterotrophic organisms
(c) unicellular organisms
(d) uninucleate organisms

Question. The period of growth from birth till attainment of sexual maturity is called
(a) Asexual phase
(b) Immature phase
(c) Maturation phase
(d) Juvenile phase

Question. The period from birth to the natural death of an organism represents
(a) gametophytic phase
(b) sporophytic phase
(c) life span
(d) life cycle

Question. Fleshy buds produced in the axil of leaves, which grow toform new plants when shed and fall on ground are called
(a) Bulbs
(b) Bulbils
(c) Tubers
(d) Offset

Question. Oestrus cycle is seen in
(a) cows and sheep
(b) rats and deers
(c) dogs and tiger
(d) all of the above

Question. Development of an egg without fertilization is called
(a) gametogenesis
(b) metagenesis
(c) oogenesis
(d) parthenogenesis

Question. Viviparity is found in
(a) whale
(b) lizards
(c) frogs
(d) birds

Question. Which of the following statements about animals that utilize external fertilization is incorrect ?
(a) They are divided equally between terrestrial and aquatic species.
(b) Many produce large numbers of gametes to ensure successful reproduction.
(c) The behaviours associated with mating are often highly synchronized.
(d) The probability of any one egg being fertilized and developing into an adult can be low.

Question. Which of the following definitions about oviparity is incorrect ?
(a) Only birds and reptiles are oviparous.
(b) The large amount of yolk provides the nutrients for the developing embryo.
(c) The shell protects the egg from dehydration.
(d) Both oxygen and carbon dioxide can diffuse through the shell.

Question. Read the following statements and select the correct ones.
(i) Conidia are the asexual propagules restricted to kingdom Fungi.
(ii) A piece of potato tuber having at least one eye (or node) is capable of giving rise to a new plant.
(iii) Ginger propagates vegetatively with the help of its underground roots.
(iv) Fleshy buds which takes part in vegetative propagation are called bulbils, present in Dioscorea, Agave, etc.
(a) (ii) and (iii)
(b) (i) and (iv)
(c) (i), (ii) and (iv)
(d) (i), (ii) and (iii)

Question. Assertion: A plant can be retained and multiplied indefinitely without any change or variation through asexual reproduction.
Reason: Asexual Reproduction does not involve meiosis and syngamy.

Question. Assertion: Embryogenesis refers to the development of embryo from the zygote.
Reason: During Embryogenesis zygote undergoes cell division (mitosis) and cell differentiation.

Question. Match the terms given in column-I with their examples in column-II and choose the correct option.

Question. Which one of the following pair is correctly matched?
(a) Onion – Bulb
(b) Ginger – Sucker
(c) Chlamydomonas – Conidia
(d) Yeast – Zoospores

Question. The given figure refers to which type of reproduction in yeast?

Question. The given figures (i to v) represent the process of binary fission in Amoeba.

Question. If basal half of an onion bulb is removed and upper half is sown in the ground then the new plant will
(a) emerge normally.
(b) not emerge.
(c) be without leaves.
(d) be without flowers.

Question. Which of the following has to occur if a diploid body has to produce haploid gametes?
(a) Meiosis
(b) Mitosis
(c) Fertilization
(d) Embryo transfer

Question. Meiocytes is observed in all except
(a) human egg
(b) blue-green algae
(c) equisetum
(d) dicot plant 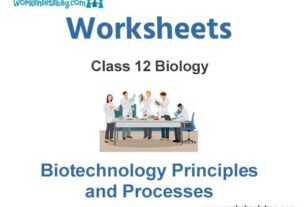 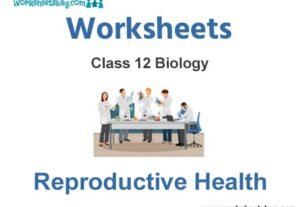