Please refer to Cell Cycle and Cell Division MCQ Questions Class 11 Biology below. These MCQ questions for Class 11 Biology with answers have been designed as per the latest NCERT, CBSE books, and syllabus issued for the current academic year. These objective questions for Cell Cycle and Cell Division will help you to prepare for the exams and get more marks.

Please see solved MCQ Questions for Cell Cycle and Cell Division in Class 11 Biology. All questions and answers have been prepared by expert faculty of standard 11 based on the latest examination guidelines.

Question- Significance of mitosis involves
(a) the growth of multicellular organism.
(b) cell repair.
(c) production of diploid daughter cells with identical genetic complement.
(d) all of the above

Question- Which of the following statement is not true for homologous chromosome pairs ?
(a) They come from only one of the individual’s parents.
(b) They usually contain slightly different versions of the same genetic information.
(c) They segregate from each other during meiosis I.
(d) They synapse during meiosis I.

Question- Which of the following phase follows S and G2 phases of interphase?
(a) Prophase
(b) Metaphase
(c) Anaphase
(d) Telophase

Question- What is the stage of mitosis in which chromosomes are arranged on the equator of spindle?
(a) Anaphase
(b) Prophase
(c) Metaphase
(d) Telophase

Question- Best stage to observe shape, size and number of chromosomes is ______
(a) interphase
(b) metaphase
(c) prophase
(d) telophase

Question- In anaphase of mitosis,
(a) chromosomes get arranged in middle of cell.
(b) nuclear envelope disappears.
(c) chromosome fibres become clear.
(d) chromosomes aggregate at opposite poles to form daughter nuclei.

Question- Synapsis occurs between
(a) spindle fibres and centromeres.
(b) mRNA and ribosomes.
(c) a male and female gamete.
(d) two homologous chromosomes.

Question- During mitosis, nuclear envelope, nucleolous begin to form and ER to reappear at ______
(a) prophase
(b) late metaphase
(c) anaphase
(d) telophase

Question- The synaptonemal complex appears
(a) between homologous chromosomes.
(b) in zygotene stage.
(c) composed of DNA + protein.
(d) All of the above

Question-Which of the following phase is called the resting phase during which cell is preparing for division by undergoing both cell growth and replication of DNA?
(a) M – phase
(b) Prophase
(c) Go phase
(d) Interphase

Question- Select the correct statement with respect to mitosis.
(a) Chromatids separate but remain in the centre of the cell in anaphase.
(b) Chromatids start moving towards opposite poles in telophase.
(c) Golgi complex and endoplasmic reticulum are still visible at the end of prophase.
(d) Chromosomes move to the spindle equator and get aligned along equatorial plate in metaphase.

Question- The microtubules of the mitotic spindle attach to a specializes structure in the centromere region of each chromosome called the __________.
(a) Telomere
(b) Centriole
(c) Chromatin
(d) Kinetochore

Question- Find the correctly matched pairs and choose the correct option.
A. Zygotene – Pairing of homologous chromosomes
B. Pachytene – Dissolution of the complexsynaptonemal takes place
C. Diplotene – Bivalent chromosomes appear as tetrads
D. Diakinesis – Terminalization of chiasmata takes place
(a) A and C
(b) A and D
(c) A and B
(d) B and C

Question- Find out the wrongly matched pair of the stage of prophase I with their feature.
(a) Zygotene – Synaptonemal complex
(b) Pachytene – Mutation
(c) Diplotene – Chiasmata
(d) Diakinesis – Terminalization

Question- Which of the following statement(s) is/are true ?
(a) Cell plate represents the middle lamella between the walls of two adjacents cells.
(b) At the time of cytokinesis, organelles like mitochondria and plastids get distributed between the daughter cells.
(c) Cytokinesis in plant cell is centrifugal and takes place by cell-plate formation while animal cells by furrowing/cleavage and is centripetal.
(d) All of the above

Question- In which stage, the chromosomes appear thin and long thread-like ?
(a) Zygotene
(b) Leptotene
(c) Pachytene
(d) Prophase

Question- Which of the following statements related to G0 stage of the cell cycle are correct?
(i) It is a quiescent stage.
(ii) In this phase, cell cycle is stopped.
(iii) G0 cells do not grow or proliferate but metabolically active.
(iv) G0 cells can divide in response to some stimulus.
(a) (i), and (ii)
(b) (i), (ii) and (iii)
(c) Only (i) and (iv)
(d) All of the above

Question- Which one is correct about bivalent ?
(i) Bivalent are tetrads.
(ii) A bivalent means 4 chromatids and 2 centromere.
(iii) One bivalent consists of 2 homologous chromosomes each and sister chromatids.
(iv) Bivalents formation occurs in zygotene.
(a) All of these
(b) Only (iii)
(c) (iii) and (iv)
(d) Only (iv)

Question- Select the correctly matched pair.
A. S phase – DNA replication
B. Zygotene – Synapsis
C. Diplotene – Crossing over
D. Meiosis – Both haploid and diploid cells
(a) A and B
(b) C and D
(c) B and D
(d) A and C

Question- Which one is correct about crossing over/genetic recombination?
(i) It occurs in tetrad stage which occurs in pachytene of prophase I of meiosis I.
(ii) It occurs between non-sister chromatids of homologous chromosomes.
(iii) It is recombinase enzyme mediated process.
(iv) It is also the reciprocal transfer of genes between the non-homologous chromosomes
(a) All of the above
(b) All except (iv)
(c) (ii), (iii) and (iv)
(d) (iii) and (iv)

Question- In the somatic cell cycle
(a) In G1 phase, DNA content is double the amount of DNA present in the original cell.
(b) DNA replication takes place in S-phase.
(c) a short interphase is followed by a long mitotic phase.
(d) G2 phase follows mitotic phase.

Question- If you are provided with root-tips of onion in your class and are asked to count the chromosomes, which of the following stages can you most conveniently look into?
(a) Metaphase
(b) Telophase
(c) Anaphase
(d) Prophase

Question- In which stage of the cell cycle, histone proteins are synthesized in a eukaryotic cell?
(a) During G2 stage of prophase.
(b) During S-phase.
(c) During entire prophase.
(d) During telophase. 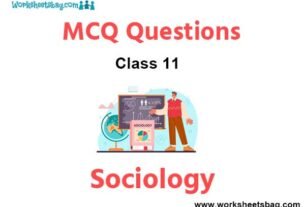 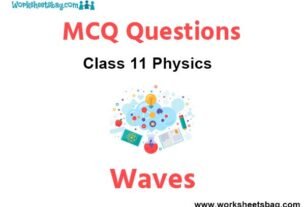