Please refer to Structural Organisation in Animals MCQ Questions Class 11 Biology below. These MCQ questions for Class 11 Biology with answers have been designed as per the latest NCERT, CBSE books, and syllabus issued for the current academic year. These objective questions for Structural Organisation in Animals will help you to prepare for the exams and get more marks.

Please see solved MCQ Questions for Structural Organisation in Animals in Class 11 Biology. All questions and answers have been prepared by expert faculty of standard 11 based on the latest examination guidelines.

Question-  Which of the following animal’s sensory system does not has eyes but does possess light and touch sensitive organs (receptor cells) to distinguish the light intensities and to feel the vibrations in the ground?
(a) Frog
(b) Snake
(c) Earthworm
(d) Cockroach

Question- The type of epithelial cells which line the inner surface of fallopian tubes, bronchioles and small bronchi are known as
(a) squamous epithelium
(b) columnar epithelium
(c) ciliated epithelium
(d) cubical epithelium

Question- Which of the following statement about cell junctions is false?
(i) All the cells of the epithelium are held together with little intercellular materials.
(ii) In almost all animal tissues specialized junction provide both structural and functional link between its individual cells.
(iii) Tight junctions help to stop substances from leaking across a tissue.
(iv) Adhering junctions provide cementing to keep neighbouring cells together.
(v) Gap junctions provide cytoplasmic channels between cells for passage of ions,small molecules and sometimes big molecules.
(a) (ii) and (iii)
(b) (i) and (ii)
(c) Only (v)
(d) None of these

Question- In cockroach head can move in all directions due to
(a) absence of neck.
(b) fusion of all 6 segments of head.
(c) flexible neck.
(d) head is small and light weight.

Question- i. The shape of the cells may vary with the function they perform
ii. Human RBC is about 7.0 μm in diameter
iii. Cytoplasm is the main arena of cellular activities
iv. Various chemical reactions occur in cytoplasm to keep the cell in the living state
(a) All are correct
(b) Only I and II are correct
(c) Only IV is correct
(d) All are wrong

Question- Non-ciliated simple columnar epithelium often contains_______, which increase the surface area for secretion and absorption.
(a) flagella
(b) collagen fibres
(c) microvilli
(d) all of these

Question-Read the following statements.
(i) It is a contractile tissue present only in the heart.
(ii) Cell junctions fuse the plasma membranes of these cells and make them stick together.
(iii) Communication juntions at some fusion points allow the cells to contract as a unit, i.e., when one cell receives a signal to contract, its neighbours are also stimulated to contract.
Which of the following type of tissue is being described by the above statements ?
(a) Skeletal muscle
(b) Cardiac muscle
(c) Smooth muscle
(d) Cartilage

Question- Which of the following statements regarding frog is not correct?
(a) Fertilization is external and takes place in water.
(b) External ear and tympanum can be seen externally.
(c) In females the ureters and oviduct open separately in the cloaca.
(d) Copulatory pad on the first digit of the fore limbs and vocal sac are present in male frog.

Question- Which gland plays a key role in metamorphosis of frog ?
(a) Adrenal
(b) Thyroid
(c) Thymus
(d) Pancreas

Question- Which of the following is involved in the production of new blood cells ?
(a) Adipose cell
(b) Bone marrow
(c) Liver
(d) Matrix

Question- Cartilage tissues are likely to be slow in healing following an injury because
(a) cartilage cells cannot reproduce.
(b) they lack direct blood supplies.
(c) the intercellular material is missing.
(d) cartilage cells are surrounded by fluids.

Question- Which of the following type of cell junction is not found in animal tissues ?
(a) Adhering junction
(b) Tight junction
(c) Gap junction
(d) Plasmodesmata

Question- In frog, gastrulation process involves
(a) epiboly
(b) emboly
(c) invagination
(d) all of these

Question- Four healthy people in their twenties faced injuries resulting in damage and death of a few cells given below. Which of the cells are least likely to be replaced by new cells?
(a) Liver cells
(b) Neurons
(c) Malpighian layer of the skin
(d) Osteocytes

Question- Which of the following vertebrate tissues would be an excellent source of collagen?
(a) Liver
(b) Nerve
(c) Muscle
(d) Tendon

Question- The major functions of loose connective tissue include
(a) occupying spaces between organs and supporting epithelia.
(b) supporting and surrounding blood vessels and nerves
(c) cushioning organs, storing lipids and facilitating diffusion.
(d) All of the above

Question- If the head of cockroach is cut off, it will still be alive for as long as one week. Their is because of
(a) the body which is covered with hard chitinous exoskeleton.
(b) head which holds a bit of nervous system.
(c) head which is of no use.
(d) food capturing appratus which is found elsewhere.

Question- In which one of the following preparations, cell junctions come across most frequently ?
(a) Ligament
(b) Tendon
(c) Cartilage
(d) Ciliated epithelium

Question- A student was given a sample of tissue. He observes and concludes the following characters.
(i) The cells are composed of a single layer of tall and slender cells.
(ii) Their nuclei are located at the base.
(iii) Free surface may have microvilli.
(iv) It is found in the lining of stomach and intestine
(v) They help in secretion and absorption.
Based on the above features identify the epithelium.
(a) Cuboidal epithelium
(b) Columnar Epithelium
(c) Squamous epithelium
(d) Glandular epithelium

Question- A student was given a specimen to identify on the basis of the characteristics given below.
(i) They are metamerically segmented.
(ii) Presence of closed circulatory system.
(iii) They have circular and longitudinal muscles for locomotion.
Identify the specimen.
(a) Frog
(b) Pheretima
(c) Cockroach
(d) Rabbit 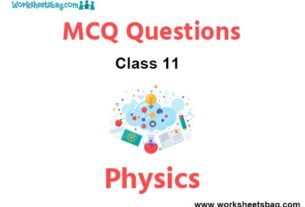 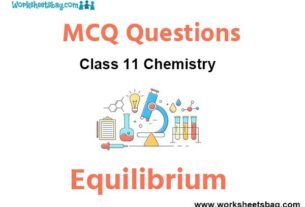